Loki My Cat Is Turning One!

About a year ago, this adorable bundle of joy came into my life. He was a few weeks old, orphaned and found on the street by my friend’s mom who took him in. Fortunately for me, my friend’s cat didn’t like him to be around and hit him 🥺 I hence named him Loki and took him in. It was all meant to be “temporary”, just enough for him to grow a little and be able to fend for himself… Because Freyja, who was my first regular visitor since 2019, is very territorial and would have probably harmed little Loki, as she did with Idun previously, he was allowed to live inside my home all thru last summer and winter, until the good weather came back. Freyja got obviously jealous and made scenes every time I would let Loki out for him to explore the garden and get familiar with it. She didn’t like it at all that he would enter “her” space and have my attention and care. She would not let him and any other cat get close to her bowl. She used to stare at him and sometimes growl at him too. He was so innocent and friendly that he would still try to play with her every single time 😂 Loki had no sense of danger at this stage and I would constantly keep an eye on him when he was out in the garden…
.
From young on, this beautiful cutie was a playful and very curious explorer. Anything would be interesting to be checked, most of which would get “tested” through his mouth 😂 and like me, he is addicted to cheeses and loves food 🙈 every day, when I give him his portion of dry cat food and then go on to grab a bite myself, he would come to me, after a few munches on his food that he likes, and miaw to have a share of whatever I’m having! He is disappointed many times because being a vegetarian I don’t consume any meat or poultry that he could enjoy. But he insists on sniffing every single time and would apparently want to try tomatoes and cucumbers until he realizes he doesn’t 🤣
.
Although being a feline, and therefore independent, he keeps very close to me and wants to stay nearby. Since I haven’t let him in my house in more than 5 months now, he frequently is on my bedroom window sill or at kitchen’s the door from the garden’s side, in his elegant Sphinx pose. He makes himself heard when I don’t give him attention and is still very lively and mischievous, although he turned one! When I’m out to water my flowers and plants or simply chill in my hammock, Loki is always around, jumping and running, and wanting to be petted and purring of contentment as soon as I massage his head 😍 I have a soft spot for his whimsical nature and I was very proud of him when he finally learned to use the toilet seat. I did nonetheless give him his litterbox back in preparation for him to be released out in spring.

Last February, as the neighborhood cats would roam in my garden and fight over the female cats as usual, I spotted Preta, the grand-daughter of Freyja. She had disappeared for a while and was quite feral, not letting anyone come close to pet her. She must be close to Loki’s age and when she came back, she started letting me pet her. Then she started eating from my hand too. So I thought these handsome creatures would make beautiful babies together 😈 She was as pretty as he was and as black as he was blond. I tried to get them to be acquainted. However, both had other things on their minds. Loki used to look at the fighting males in a very absorbed way, without venturing close. Preta would end up giving birth to 3 little ones in my garden last month, but I'm certain Loki is not their father 🙄 Both are meanwhile showing signs of care towards each other and each time she calls, he arrives running and wants to play and hug and kiss her. So I'm still hopeful about her next batch 😎

Happy birthday Loki 🎉🎉 I hope you will stay around for many years to come! 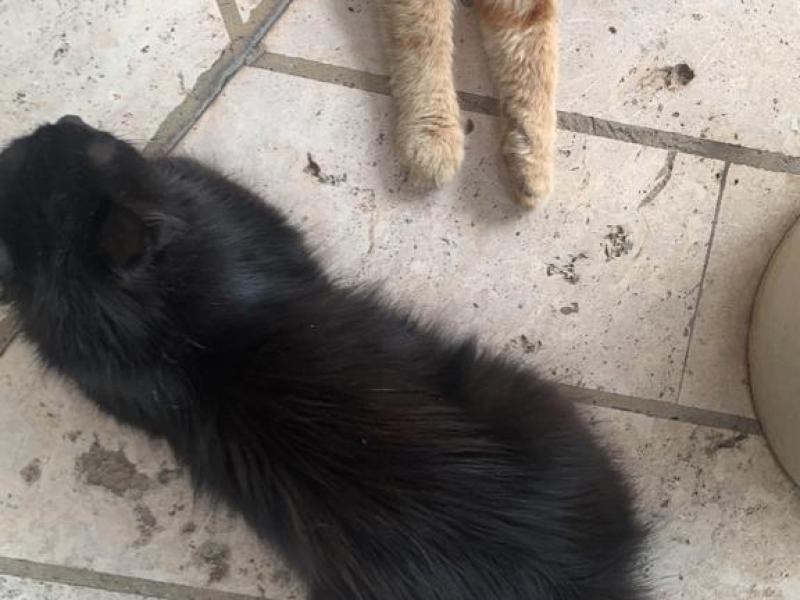 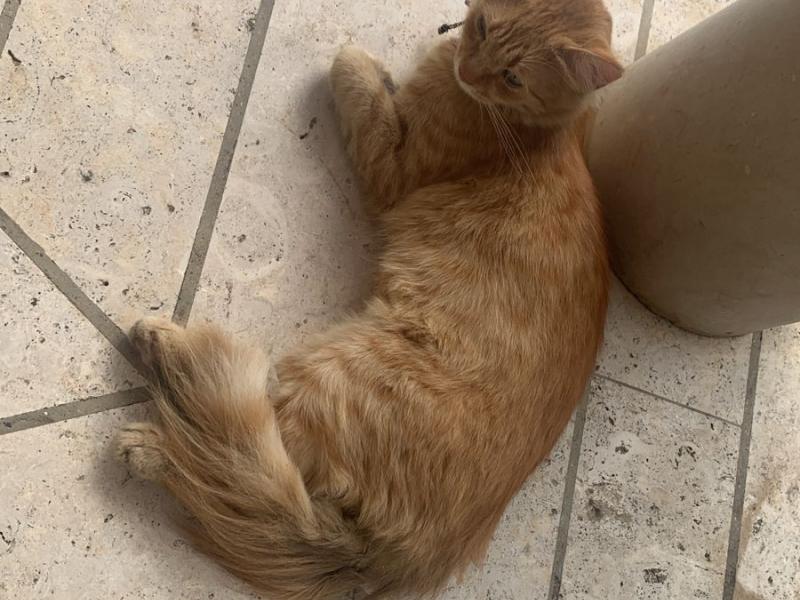 Cogito
Friendship
Gift
Loki
Love
Nature
This and That

He is so cute
A beautiful wife is needed