January 16. Astrophotography... And A Calendar 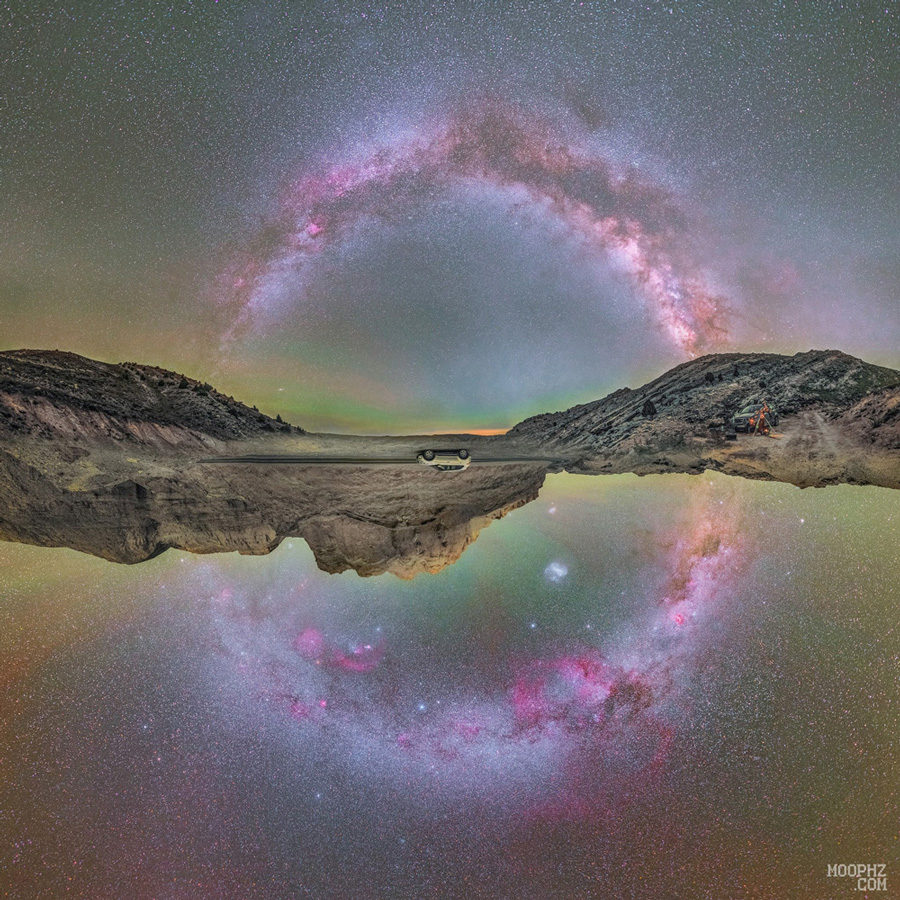 I convinced my friend to join me at the Cafe Scientifique event held by Moophz to talk about astrophotography. Yes, I had just gotten out of my spa afternoon and I felt like resting. But the urge to learn more about astrophotography had the upper hand. Moophz held an interactive talk during which he clarified the difference between a picture (any visual representation), a photo (picture shot with a camera) and an image (picture stored in electronic form) before getting more technical on how to capture the cosmos. He also tackled the light pollution issue that is reducing shooting locations for astrophotographers. Well maybe we should be thankful to our Lebanese government to have failed to provide the basic need of 24/7 electric power. But I digress. I was attending the event, eager to acquire the 2020 astrophotography calendar that Moophz had recently published. Speaking of light pollution, I couldn't help but remember the nights where, aged 7 or 8, I would, as quietly as a kitten, crawl out of bed and tip toe to the roof of the house to watch the amazing starry skies. It was always with sorrow that some adult would discover that I wasn't sleeping in my bed and would forcefully bring me back down. It was probably my aspiration to look up that inspired my "Window to the Universe" wall in my home, where I also display a collage of images shot by Moophz :) More on the making of the Window to the Universe wall here.