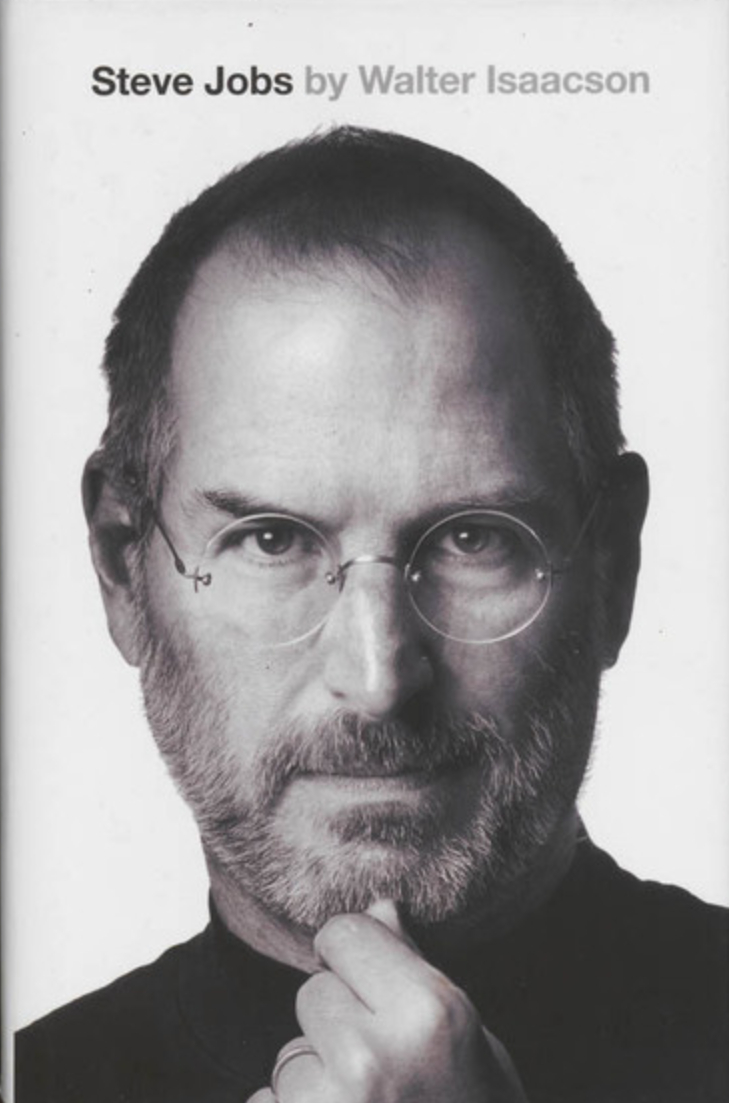 An old friend lent me this book. Knowing that I didn't really like Jobs, although I do admit that the man was a creative visionary and a genius, I decided to read it through. I was curious to know more about this iconic entrepreneur. And I didn't expect the human portrait that is sometimes crudely displayed.

Steve Jobs' adoptive parents treated him like an extremely special kid. And indeed, the boy was very smart. He was brilliant at ignoring facts or realities that didn't suit his perspective of things. He had to learn from a very young age that his birth parents had given him up for adoption. This is probably an essential factor that drove him to continuously seek to control his environment. And his resentment towards (especially) his birth father will accompany him throughout his entire life. It is quite clear that school didn't exert Jobs to directly show his creative genius or to make it blossom. He was bullied often and made friends with older "geeks" and people interested in math/science and electronics. His dream: to build something as great as Hewlett and Packard had. And he obviouly did. His strong mindedness played certainly an important role.

Jobs had a rare business sense and even after being ousted from Apple, the company he had created, he managed, not only to come back but to present the world with bold yet smooth looking products. Of course, this super businessman wasn't perfect: he had mood swings and could be absolutely loathsome to anyone around him. But he was a intuitive strategist, a visionary who revolutionized some consumer trends/needs and truly believed he was changing the (tech) world. Additional proof of Jobs unique and great mind can be recognized through his largely successful experience with Pixar. And being picky about details, even ones that the consumer couldn't see or feel, isn't a stranger to it.

According to the author, Jobs had a "binary view of the world". To him something would "completely suck" or be "absolutely perfect". His reality distortion as it is called, made him believe (and try to always force this opinion of his on others) that design is supposed to drive engineering and not the other way around. Jobs not only dared to think differently, he lived his vision. He ignored his cancer and went on creating a legacy no one can ever deny --watch the "Think Different" ad campaign). Simplicity being the ultimate sophistication and beauty, the "exclusive" operating system would not be licensed to others, it would not be customizable and the user's experience would be tailored end-to-end. Now, in my perspective, this is a serious violation of the consumer's freedom.

I know the fan-boys (and girls) will get at me for this but hey, if I have paid for a product, I want to be able to do with it whatever I want. Who is Apple and what does it know about what I want and need? Why is it that even after being purchased, the consumer still doesn't own the product?! (yes read the little imprints). To put it simply, when I buy a house, I expect to have the deed of sale have my name written on it and entitle me to do address my neighbour through my window if I wished to. I shouldn't have to have restrictions on my behaviour just because I am not supposed to do this or that or because Big Brother knows what's best for me! Jobs claimed that this was not an attempt to control the consumer but simply a way of making things easier for him/her. Allow me to highly disagree. Maybe some people don't know what's best for them, treating them like retarded children won't really get them there ;)

This book was an easy and interesting read. I enjoyed most of it. At some point, I was so upset with the way Jobs treated his colleagues, subordinates or even close ones, I would ask myself: how can someone that brilliant be so obnoxious? And why shall I keep reading the biography of a self-centered egotistic, control freak genius? It turned out that it was simply because of that. The author has done a good job in picturing Jobs at "making history" and insists quite a few times that Jobs did not want control the information in the biography. This is somewhat surprising. Could it be that approaching his deathbed, this iconic entrepreneur was getting more lenient on some things? Could it mean that he would have agreed on colored and cheaper iPhones? We will probably never know...

Isn't it always interesting to view things from a different perspective?
Plus reading about what we do not like can give us insight ;)

Apple before and now

I don't mind Apple, I just loved what it stood for, not what it is right now.
It really turned out to ironically be like IBM, which it used to bash in most of its speeches/ads/campaign.