Of Writing, Shackles and Human Magic... 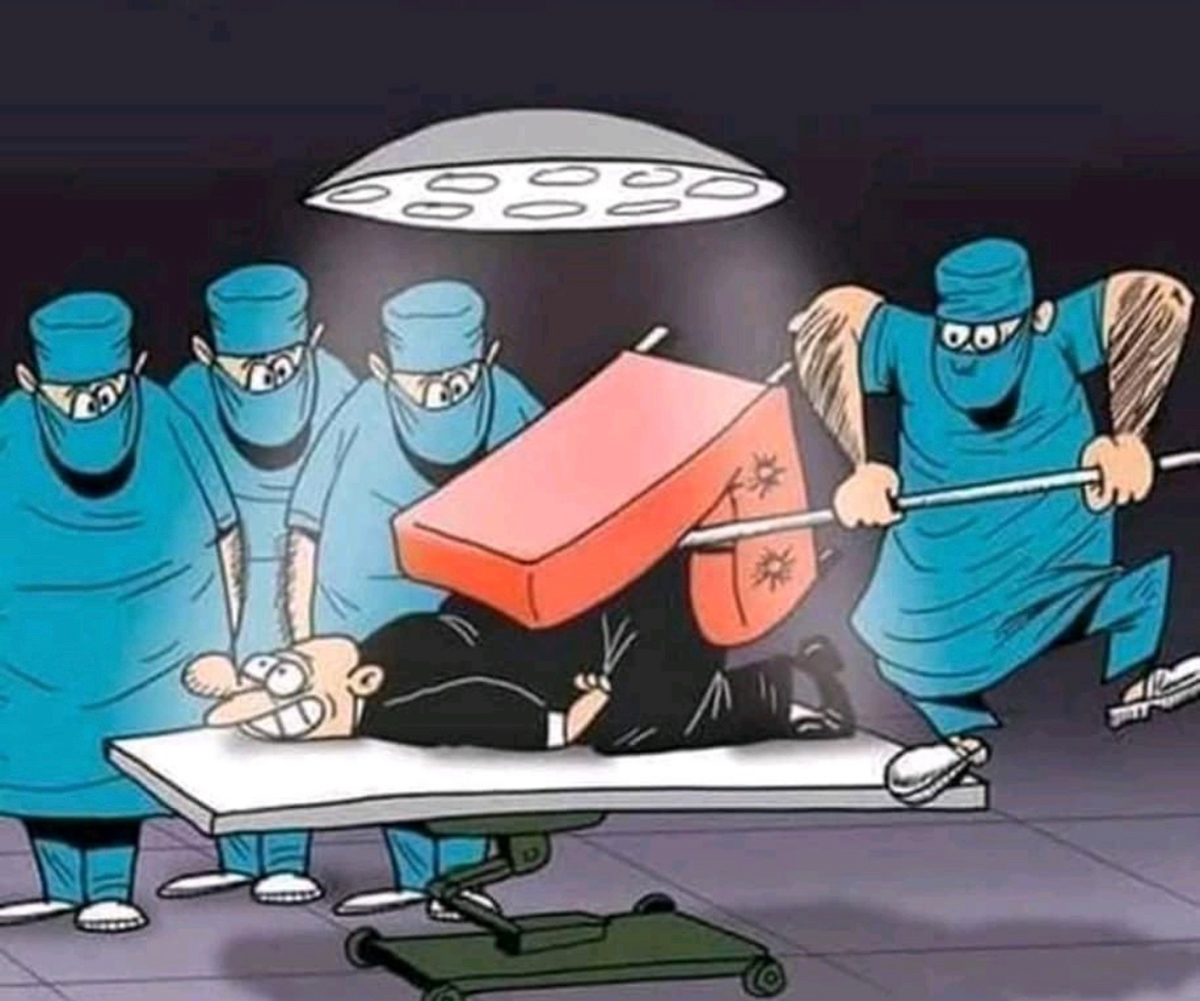 I haven't written in several weeks. I am not protesting every night either. I needed to be a little detached from the whole action to think. While I remain informed daily, keeping in touch with my friends on the field, reading and listening to reports and opinions of experts and professionals, I ask myself: Is that enough? I am not so sure... It's been more than a month into the people's uprises all over Lebanon. Baby step towards a better future have been made, some results are tangibly discernible, and a whole lot of measures have yet to be reached. On a more narrow perspective, tensions are on the rise, stocks of food and commodities are depleting by the day and there is no sign that the current people in power want to step down in favor of anyone else. The people are getting wary, the whole banking system is not being clear about the financial situation, which is making the general atmosphere quite tense at times... In this line of thought, the volatility of the exchange rate of the Lebanese Pound (LBP) to the US dollar (USD) was quite predictable. It had been lurking for several weeks now. And it was only natural that strikes from the gasoline distributors were announced. As in so many cases, not everyone followed and while at first most gasoline stations did not accept to fill our tanks, several did, and at the end, the so called strike was suspended. In any case, we as a people seem to have somehow learned to take the Carpe Diem say literally. And for as long as we remember. So after celebrating a grand Independence Day on November 22, yes our celebrations were a lot more lively and captivating than the dull ceremonial show at Baabda with all the "dinosaurs" glued to their chairs and just enduring the parade, we had to witness two different exchange rates: one at the bank counters at 1515 to 1520 and another one at the money dealers that reached in some places 2400 LBP to the USD! Still, no common and unified statement came from the banks, nor the Central Bank. And our politicians were completely silent on the matter. Which is not as bad. The uprise has shown something very clearly: now is the time of action. We are done listening to false promises and empty words, no matter how nice they might ring to the ear!

Earlier this week, I was so stunned as a working colleague came to me and started talking me into exchanging my salary, which is luckily in USD, to Lebanese pounds ... at the highest rate offered by the money dealers! I was simply aghast. He claimed that everything had become more expensive because of importers and we should protect ourselves as consumers. We had been spending days campaigning and explaining to people that we needed a collective effort to protect our local currency, safeguard the banking system for all of us by just withdrawing the cash needed for expenses, using the cards whenever possible, and then I had to listen to this! Coming from an individual who is high net-worth and whose relative runs one of the branches of a very well-known Lebanese bank! I remembered the quote by Carl Sagan: "Books break the shackles of time, proof that humans can work magic" and smirked while he kept conversing.. It is sad that we humans sometimes forget the magic books bring into our lives and it is sad how much ignorance we suffer from as a species that has evolved quite much. Anyway, my colleague misunderstood my grin and stopped in the middle of his tirade to ask if I had done as he said already. I was quick to explain that I had handed my dollars to my brother who needed to import goods and materials for his small business in exchange of Lebanese Pounds (LBP) at the rate of 1500 to the USD. He was confused, looked at me with pity as if I were an idiot and I started to explain how it was the responsibility of each one of us to curb the greed wherever we could and any way we can. He just shook his head and went to his office to take on a call. How could I make someone who is not ready to listen understand? Fear feeds on illiteracy. And this is one of our major issues. Our people is not educated in matters of finance and economy. They can hold all the certifications and diplomas they want, when they behave this irrationally, I can only shudder in disbelief. I am in no way claiming to be an economics wiz nor a financial guru. I have even forgotten a lot of what I had learned at university in these regards. One thing I am sure of is that "You will not break loose until you realize that you yourself forge the chains that bind you", beautifully expressed by Gary Renard and to satisfy my leftist friends, "Those who do not move, do not notice their chains", which was acclaimed by Rosa Luxemburg...

Coming back to our current banking and dollarization dilemmas, I received a very explanatory voice message in French that I am transcribing here. Kindly note that I am doing this to the best of my abilities and in a summarized way in the hopes that it can reach more people. The current debt total might be actually higher than what is used in the following clarification. In the absence of full transparency from the Central Bank, read about the process in the first place to understand how things function and what regulations apply. The subsequent description is an attempt to clarify what is being circulated on haircuts and how to get out of our current economic situation. Here is the summary of that voice message of which I haven’t found out who the author is:

Restructuring the Lebanese debt is flaring up fears in depositors at banks and a lot of talk has been circulating on haircuts and other possible measures to be undertaken. Restructuring a country's debt takes at least several months if not years. It is a long legal process and, as we are all aware, will not be happening over night. The Lebanese state's debt amounts to USD 85 billion for a GDP of USD 55 billion. To manage our debt and keep it sustainable, the International Monetary Fund (IMF) recommends that we reduce it by USD 50 billion. This would be around USD 40 billion of debt and USD 10 billion to be re-injected into the economy to keep the wheels turning. Let's consider the scenario of reducing our debt by at least USD 35 billion, of which about USD 30 billion will be carried on by the banking system and the Central Bank (BDL). Now, when a bank has not generated profits over a certain fiscal year and is recording losses, it does not take the money of its depositors to compensate for that loss. Each bank holds on equity, which is safeguarded money that belongs to its owner(s). When the bank is not reimbursed for some reason, defaulting clients for example, it is the owner's holdings that cover up for this loss. What happens when this money is completely drained and reaches zero? In this case, the bank can turn to depositors' money. According to published financial statements, Lebanese banks currently have around USD 25 billion of regulatory capital, that cannot be transferred nor spent and have to remain in the banks' accounts, which means that, if we ever needed to provide with USD 30 billion, depositors will only bear the load of USD 5 to 8 billion. This might sound enormous. Let's keep in mind that current deposits total around USD 175 billion. At least on paper. And only depositors above a certain number, let's say USD 1 million, would need to contribute up to about 10 to 15% of their assets. Which are returns that had been provided by the banks for several years in a row to large deposits. Let's also note that around 1% of all depositors hold 58% of the total amounts stashed at banks... Makes you think right? Needless to say, bank owners will not be very happy to loose all their gains and once this step is reached, banks will require re-capitalization with the cash inflows of new / additional owners, who will replace the previous owners by bringing inflows of around USD 15 to 20 billion. To sum it up, Lebanese banks took a risk by lending the money received in deposits to the Lebanese State. Their normal aim is to reinvest money to generate profit and pay interests and dividends. When the system fails or collapses, first in line are the bankers. Not the depositors, who are the last defense line.

Having briefly written about the process of restructuring the Lebanese debt calmed my concerns about not protesting daily in the squares. Each one of us is giving and sharing what he/she has as knowledge. And this has a positive impact on all. When individuals who have been thinking and behaving as a person start coming together as a people, one can not only watch in awe. Moreover, one willingly joins to contribute... In the late hours of the last November day, as I sit and wander in my thoughts while looking at Beirut from afar, I want to go back to the city and experience it. With its beauty. Its savageness and its kindness. Its dichotomies. And yes, its people too. I am also aware that I need to rekindle that magic feeling I get from reading. And writing. And listening to music. Those human creations are essential to me. They were great inventions in the human evolutionary journey. The human mind is so amazing, it creates its own limitations. And also breaks them to fly beyond them. And by smashing previously set restraints sort of re-invents itself. This kind of magic represents my portal to other dimensions. Where politicians are not glued to their chairs. Where justice can be reached. And as I think for a brighter tomorrow, I know I will be attending the opening concert of the Beirut Chants Festival's 12th season, which happens to take place on the evening of December 1. I will be writing about it in another post. As it's almost dawn now, I will bid you good night for now, folks!

Banking
Cogito
Independence Day
Lebanon
This and That